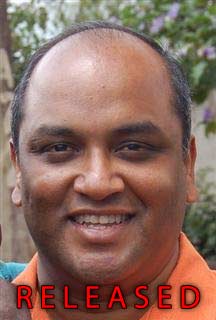 According to Compass Direct Dr. Samuel Thomas was released May 2 from the Kota jail. Bill Bray of Hopegivers explained that the charges against him have not been dropped nor have the assets of the ministry been released. Dr. Thomas is expected to re-appear in court August 1 for another hearing.

According to information shared by Hopegivers Dr. Thomas's hearing has been delayed again. They are not sure when it will be rescheduled. In addition licenses to run the orphanages have been restricted and their bank accounts frozen. Pray for this ministry and their leaders.

According to Hopegivers International, their president, Dr. Samuel Thomas, was arrested March 16, 2006, in New Delhi, by about a dozen men claiming to be police officers from the provincial capital of Kota, Rajasthan. Hopegivers International was formed in the United States by friends wanting to support the many orphanages and schools founded by Dr. Thomas’ father M. A. Thomas as he began ministering to children in India. Local anti-Christian hate groups continue their siege against the 2,500 orphans and abandoned children protected at the Emmanual Hope Home in Kota, Rajasthan, by threatening to disrupt water and electric service to the facilities. Bishop M. A. Thomas is currently in hiding from the Hindu extremist groups that have offered large rewards for the capture and beheading of Dr. Samuel Thomas or his father M.A. Thomas. Pray for the release of Dr. Samuel Thomas and others from the ministry being held and for the safety of the children at the orphanages. India’s Prime Minister, Dr. Manmohan Singh has launched an investigation into the arrest of Dr. Thomas. Last year several students were attacked on their way to the annual graduation ceremonies of the Emmanuel Seminary. Many were dragged from trains or buses and beaten, requiring hospitalization.

On March 28, 2006 the authorities decided to move Dr Thomas to the detention center where he will remain in custody until he again appears in court April 10. Bail has been denied for him and for his father Archbishop Thomas who remains in hiding. 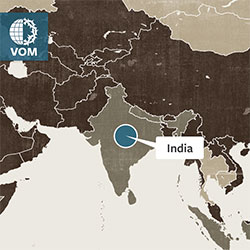