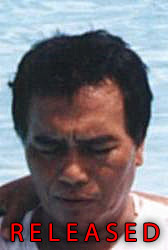 Abraham Bentar, a Muslim, had studied the Quran since childhood. In 1998, at the age of 48, he had a stroke related to his hypertension and diabetes. After a pastor prayed for his healing, Abraham had a dream of a man in a white robe. He thought the man’s face was the same face he had seen on a painting of Jesus at a neighbor’s home. He bargained with the vision saying he would accept Jesus as Lord and Savior if he were healed from the stroke. He was healed and the same pastor arranged for a church near Abraham to disciple him. Abraham was baptized and attended a school for Bible study. He evangelized Muslims as he sold clothing in villages in West and central Java. His brother-in-law filed charges against him saying that Abraham had tried to force Christianity on him and had blasphemed the Prophet Muhammad.

On March 7, 2006, Abraham was visiting relatives in West Java when he was attacked by a group of Muslims who beat him severely. They rolled over his van and helped themselves to its contents, including the new clothing merchandise. As the melee continued they were joined by other Muslims and began shouting, “Burn him!” They set fire to his van before police arrived just in time to rescue him. Originally, he was detained in the Tasikmalaya Police station for security reasons, but was later charged with blasphemy against the Prophet Muhammad. At his trial he was sentenced to 4-1/2 years and then transferred to the local prison in Tasikmalaya. 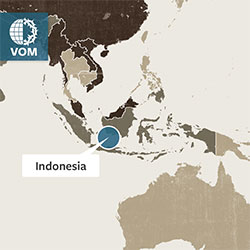