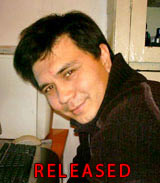 Pastor Dmitry Shestakov and his family recently arrived in the United States after being granted asylum. The pastor spent four years in a labor camp for his Christian work and continued to be harassed after his release. Though they intended to stay in Uzbekistan, constant persecution by the authorities drove the family to flee to Ukraine three years ago, where they were granted refugee status. Dmitry and his wife, Marina, arrived in Florida on Aug. 30 with their two youngest daughters, Alexandra, 20, and Vera, 16. Their eldest daughter, Maria, 22, stayed in Ukraine with her new husband.

Pastor Dmitry (David) Shestakov was arrested in Andijan, Uzbekistan on Jan. 21, 2007. While he was in a prison labor camp, his wife and his three daughters missed him terribly. Exactly four years later, he was released on Jan. 21, 2011.

Praise God that Pastor Shestakov is now home with his family. Pray for the Shestakovs as they adjust back to life together. Pray also that the church in Andijan will be strengthened.

Your letters on behalf of prisoners do make a difference! Take time to write a letter to another prisoner in Uzbekistan, Tohar Haydarov.

On January 21, 2007, Pastor Dmitry "David" Shestakov was arrested in a raid on his Full Gospel Church in Andijan, Uzbekistan. Uzbekistan’s Religious Affairs Committee claims Shestakov, an evangelical pastor affiliated with the registered Full Gospel Church, is not an authorized leader of any officially-recognized religious organization in Uzbekistan. They describe him as an “imposter” leading an underground group identified as “Charismatic Pentecostals” engaged in proselytizing under Shestakov’s leadership. He is appealing his four-year labor camp sentence. 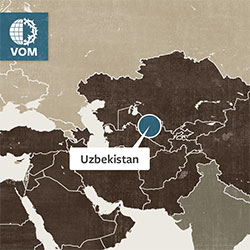