On July 21, 2013, Zaur Balaev lost his wife, Nunuka, after a long battle with pancreatic cancer. That morning, Nunuka told Zaur, “I’m going to heaven, to be near God, so you don’t need to worry about me. Please continue to serve God.”

Zaur went on to church. When he came home, Nunuka had already passed on to the Lord’s presence. “Please say thank you to everyone who spiritually supported me with prayers and good works,” Zaur told a VOM worker who visited.

Our worker also asked, “Keep on praying for this family. They really need your prayers and support.”

On May 20, 2007, Pastor Zaur Balaev was arrested for “conducting an illegal religious meeting” in his home village in Aliabad, Azerbaijan. In August, he was sentenced to two years in prison under Article 315, Part 1, for allegedly violently resisting the police during a raid. The authorities first claimed that Pastor Balaev released a dog on police, but have since claimed he attacked five policemen and damaged a car door.

During the trial, some witnesses reported that police had pressured them into testifying against Pastor Balaev.

Also, write to the Azerbaijan government requesting that Balaev be released. Let your friends know about suffering Christians in Azerbaijan and encourage them to pray and write to Balaev. 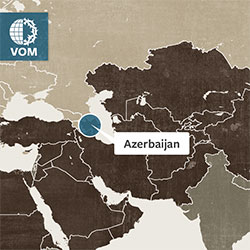