In March 2008, Pastor KhamLa Namheng and seven Khmu pastors from Udom Sai province in Laos were arrested when entering Thailand to attend meetings. VOM contacts report, “They went the wrong way trying to avoid a police check point. When the police later searched their bags they found two Bibles and some letters. The police claimed the letters were written against the village authority reporting persecution.”

Pastors’ Kham Chan Konekham, Kham La Namheng, Siphone Namheng, Khamnath Namheng, Serth Naphok, Khou Phouphone, Thong Soun Namtam, and Houng Mokbooc were arrested on March 18 when they entered Thailand and were followed by the Laos police. When they were searched two of them had Bibles, and everything they were carrying was confiscated. This arrest was the latest after 15 Hmong families were arrested in Bokeo Province on February 22. 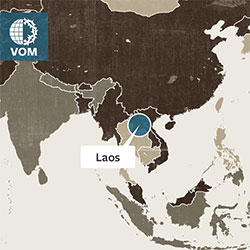