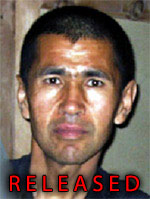 After more than nine months in prison in Afghanistan on apostasy charges, Said Musa is free.

Three Afghan officials visited Said before his release. They told him he would be released within 24 hours if he wrote a statement declaring that he regretted his conversion to Christianity. “I laughed and replied, ‘I can’t deny my Savior’s name,’” Said said.

Said was transferred back to his cell. One week later, he was free. Details of his release are confidential in order to protect his family, who are still in danger.

On May 24, 2010, Said Musa was arrested by government authorities in Afghanistan after a television broadcast showed Afghan Christian baptisms and worship, according to The Voice of the Martyrs contacts.

Musa has openly professed his faith, and he was interrogated about his conversion to Christianity on national television in June. Under the strict Islamic laws in Afghanistan, turning from Islam is a capital offense. Said faces apostasy charges, punishable by death.

Musa’s wife has visited him in prison. “Musa told his wife that he has been under serious pressure to disclose details about people and NGOs,” VOM contacts said. “During the third week of August he was moved to another prison and interrogated and beaten again.” Prior to his arrest, Said was employed by the Red Cross/Red Crescent Society for 16 years. 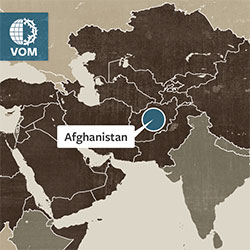