Nearly 18 months after his August 2010 arrest, Protestant pastor Ilmurad Nurliev was among a group of about 230 prisoners freed under amnesty on Feb. 18 from a labor camp. His wife, Maya, along with other family members, met the special train carrying the amnestied prisoners at 8 p.m. "Church members have been coming to the house to celebrate my release with me," Pastor Nurliev said. "I want to thank... everyone who supported me and helped [in] my release."

Pentecostal pastor Ilmurad Nurliev was arrested at his home in Mary in southeastern Turkmenistan on Aug. 27, 2010. He was charged with extracting money from three people. His wife, Maya, and his church members strongly deny the allegations. “All this is being done because of his faith,” said Maya. During his trial, several of the witnesses against the 45-year-old pastor were coerced into testifying.

Pastor Nurliev was sentenced to four years in prison, and his wife was forced to pay “compensation” immediately, or risk being kicked out of their home. Pastor Nurliev was also ordered to undergo “forcible medical treatment” to “wean him off his narcotic dependency,” another claim that his wife and church members reject.

In December 2010, Pastor Nurliev was transferred to Seyi Labor Camp, known for its use of psychotropic drugs on prisoners. A former prisoner in the camp described conditions “like something from the Middle Ages.”

The pastor is a diabetic, and his family is concerned about his health while he is in prison. He has no access to medical treatment.

Instead of working in the labor camp's brick kiln, the pastor is being permitted to work at his trade as a barber, serving both prisoners and camp staff. Prison authorities have denied Pastor Nurliev a Bible. 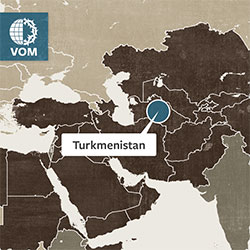