Zhang Wen Shi, also known by his Korean name and title as Deacon Jang, is an ethnically Korean Chinese citizen who lived in Changbai, China, a town on the border between China and North Korea. He worked alongside Korean-Chinese pastor Pastor Han Chung-Ryeol, ministering to the North Koreans who crossed the border into Changbai.

Though it is illegal to cross into China without permission, North Koreans often visit Chinese border towns to purchase goods for reselling in North Korea, to seek medicine or other help, and to conduct business. Near Changbai, North Koreans gather herbs on the North Korean side of the mountain and then take them into Changbai to sell at the market and bring the money back with them to North Korea.

Deacon Jang regularly hosted these visiting North Koreans for days and weeks at a time before they returned to North Korea, giving them warm clothing, feeding them and providing supplies they might need for their return to North Korea. He saw this as his Christian duty to welcome the stranger, clothe the naked and care for the sick. As a believer, he also shared about his faith to those who were willing.

A number of these North Koreans accepted the message and became Christians. Some returned to Deacon Jang’s home repeatedly for more Bible training, and Deacon Jang and Pastor Han also taught them how to share their faith with their loved ones. Their goal was always to see North Koreans return home.

In November 2014, Deacon Jang was kidnapped from China and put in a North Korean prison. Fifteen months later, Pastor Han was lured from his home and brutally stabbed to death in Changbai.

Deacon Jang was sentenced to 15 years in prison for his ministry to the North Korean people. Since his imprisonment, a number of other prisoners have either encountered Deacon Jang in prison or heard a report about him.

We urge you to write to the North Korean Ambassador to the United Nations on his behalf and respectfully ask for his release, using his Chinese name. Our field workers in the region advise that you keep the letter brief and limit the request to the following: We request the return of Zhang Wen Shi to China.

Note: Because North Korea does not participate in the international postal system, it is not possible to send letters to North Korea. 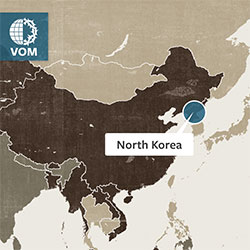