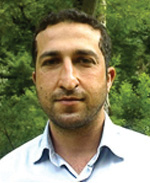 On June 22, 2020, Yousef Nadarkhani's prison sentence was reduced to six years. Further areas for appeal are also being explored.

Yousef Nadarkhani and three of his church members, Saheb (Zaman) Fadaee, Mohammad Ali (Yasser) Mosayebzadeh and Mohammad Reza Omidi, are serving 10-year prison sentences on charges of “acting against national security” and “promoting Zionist Christianity.” The men are all members of the Church of Iran.

Yousef, 45, had spent nearly three years in prison after being sentenced to death for apostasy in 2010. He was acquitted in September 2012.

The four men were sentenced in July 2017 and began their sentences a year later in July 2018, after violent arrests at their homes. Fatemeh was reportedly told she would be arrested if she left Gilan Province. Saheb, Mohammad Ali and Mohammad Reza were also sentenced to 80 lashes each for drinking wine during Communion.

Yousef became a Christian at age 19. His wife is also a Christian convert from Islam, and the couple have been fighting for more than 10 years for the rights of their two boys to be recognized as Christians. For the past several years, the boys have been denied certificates showing they completed their studies, because they refused to take Islamic classes.